Rest in Peace: Remembrance with Retablos

Visualize a fall holiday filled with skeletons, bright colors, gravestones, and costumes. You may have envisioned the American night of terror and trick-or-treating – Halloween. If I gave the same prompt to a person in Latin America, they would probably be filled with sentiments of their deceased loved ones – those who are remembered and celebrated during Día de los Muertos, or Day of the Dead. 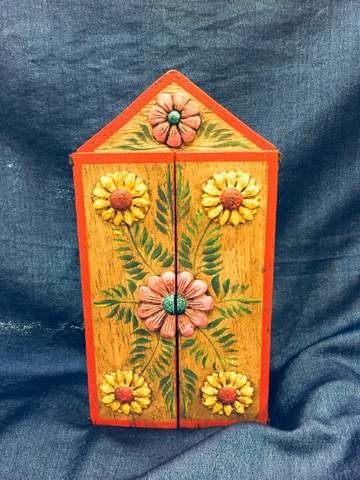 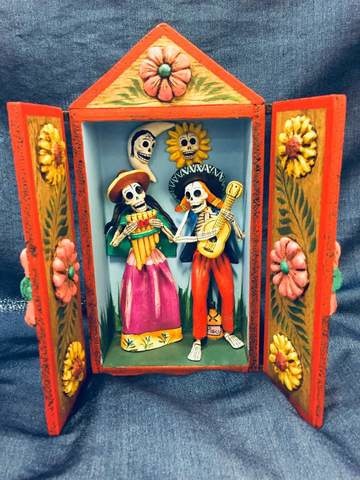 El Día de los Muertos is celebrated on November 1st and 2nd. It originated thousands of years ago with native tribes of Latin America who believed that mourning the dead was disrespectful. Rather, they trust that the dead live on through their loved ones via memory and spirit. Día de los Muertos continues to be celebrated today. If you have seen the movie Coco you know that the ofrenda, or alter, is the traditional way to honor the deceased. Vivid colors, flowers, and candles surround the photos of the deceased to bring their loved ones back to the world of the living. 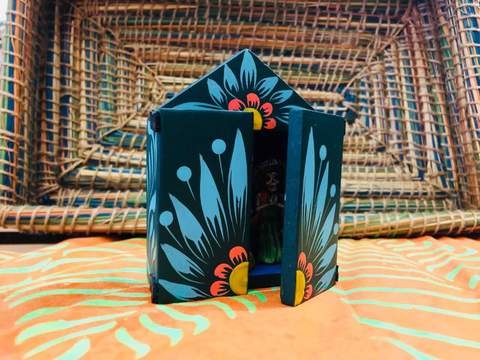 One of the most popular displays of artwork during Día de los Muertos are retablos, meaning “behind the altar.” In a retablo, the eloquent hand-carved skeletons are found in everyday settings wearing common clothing. Many retablos are fashioned as boxes with doors that open and close. With utmost respect for the ancestors, retablos are crafted by skilled artisans. That’s where fair trade comes in. 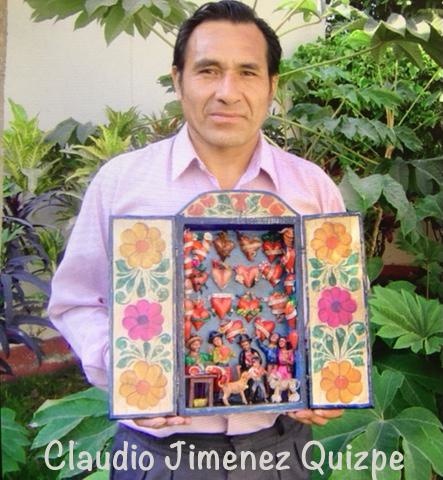 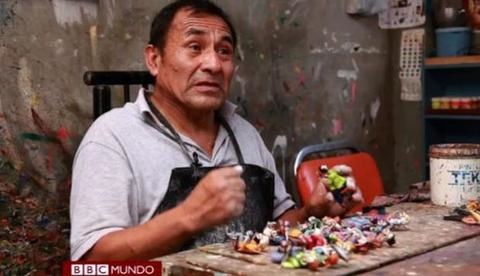 Claudio Jimenez Quizpe is an essential part of a well-respected artisan family in Peru. The Quizpes are considered retablistas, or retablo makers. The family is from a small village called Ayacucho, a home that was saturated with indigenous language and culture. Unfortunately, in the 1980s many Andean inhabitants were forced to flee their home due to violent rebellion. The family found a new home in Peru where their talents brought them success. Claudio has been recognized by the Spanish Embassy as the most outstanding retablo artist in Peru. His family’s handcrafted retablos bless alters around the world. 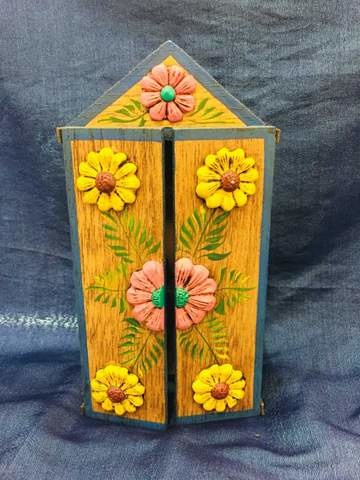 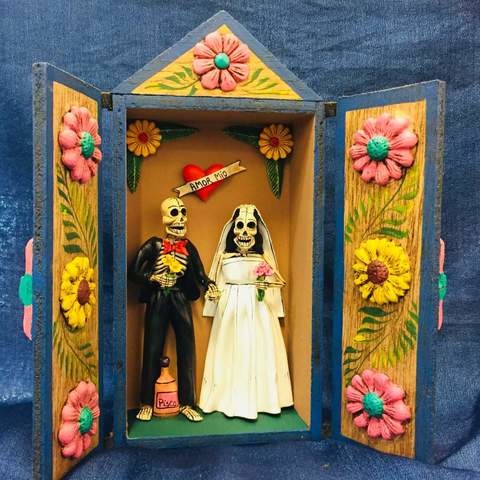